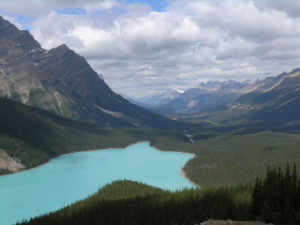 Patricia grew up in Mt. Airy, attended Spelman College in Atlanta, Georgia and married a professional photographer in Atlanta. She became his assistant and learned how to operate varying camera systems, darkroom skills, and business operations. Fifteen years later Patricia was divorced with two young children. She moved back to Philadelphia and concentrated on raising her daughters as a single mother. Photography took a back seat until her children were on their own and the digital age began to take over the industry.

Pat began to travel and take photos around the world. She has visited 6 of the 7 continents so far and concentrates on travel, landscape, nature and historical photography. Many of her images are hung in business offices in Philadelphia and Atlanta. She produces annual calendars and photo note cards which she sells at various art shows in the city. Patricia is also the Director of the Arts Guild Outreach Organization of St. Luke’s Episcopal Church in Germantown. She is branching into producing collages using her large library of images which she plans on exhibiting by this fall. She is loving her experiences with photography now that she is semi-retired.

Alberta Canadian Mountains, is a giclee print of a photograph of Peyton Lake, which is a glacier fed lake at Banff National Park in Alberta, Canada, taken by Patricia Cousins Smith, patjoylisa@aol.com.